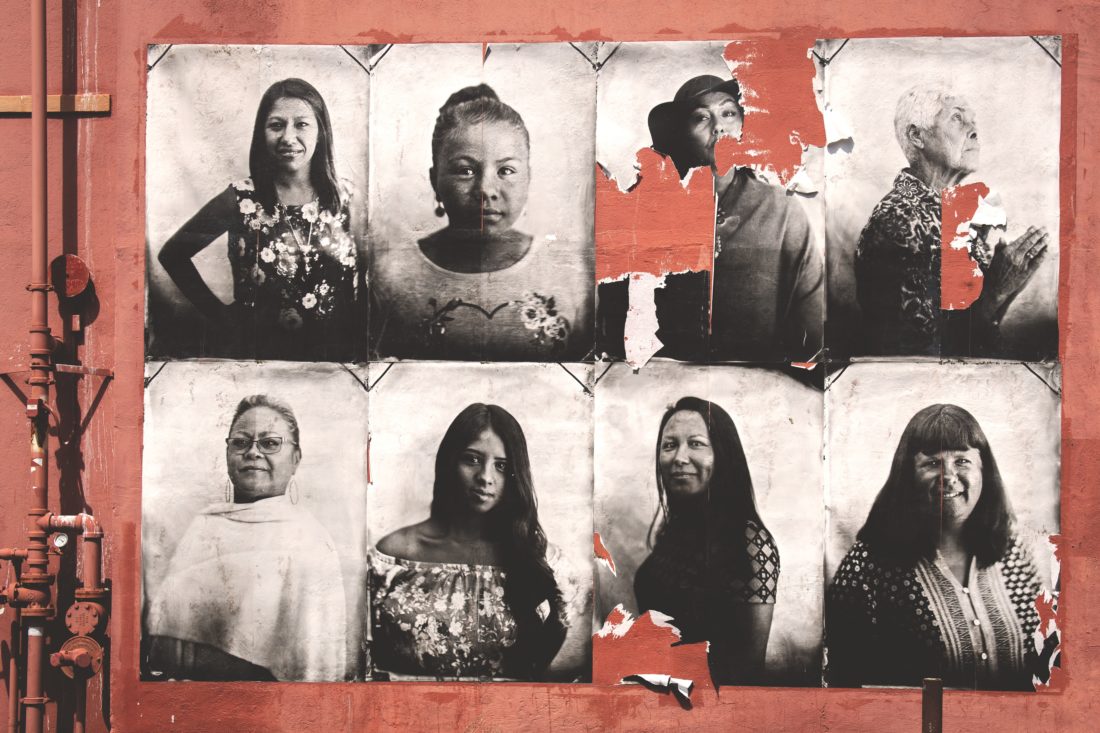 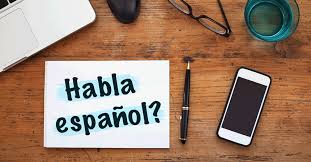 When your brand needs to reach Hispanic and Spanish-speaking consumers, you need Spanish marketing translation services that go beyond simple translation.

Ready to create a Spanish marketing strategy? Contact us today.

If you want to learn more about Spanish marketing translation and how you should adapt your message based on culture, geography, and other demographics, read on:

It’s the second-most spoken language in the world, has more than 570 million speakers, is an official language in 21 countries and is the third most widely used language on the internet (source).

Buenos dias, Spanish. If you’re on this page, that means you understand the value of reaching Spanish speakers, and you may be wondering how to penetrate the Hispanic market.

If you want to reach Spanish-speaking markets, you need a specialized digital marketing plan that includes Spanish marketing translation. But there are a lot of factors in play.

Multicultural marketing shows that brands care. It’s how they build true loyalty with their ever-more-diverse audience.

There isn’t only one way to reach the Hispanic marketing and Spanish-speaking markets worldwide. In the context of the globalizing market, Spanish marketing translation isn’t enough.

Factors like location and age, also play a major role in a well-defined marketing strategy.

Let’s take a look at the different kinds of Spanish-speaking markets and their needs. This will help you leverage your English to Spanish marketing translation to have the deepest impact.

But how do you do marketing in Spanish if you don’t speak the language? Google translation is not the answer. In fact, even simple translation by a human may not be enough.

If you’re going to be targeting a Spanish-speaking market, we advise to have a Spanish content marketing strategy. We’ll talk about the culture-based and regional differences to look out for below.

Here at Cifuentes Translations, we’re advocates of persona-based marketing. That means you need to deeply understand your user and clients before you try to write content for them.

You may find that your Spanish digital marketing strategy is too different from your English one just to translate, and you’ll have to write it from scratch. Under some circumstances, you may be able to translate your blog without having to create a whole new strategy.

Make sure to figure out which Spanish-speaking market you’re trying to reach and then perform a keyword research for that market before you start that strategy.

Let’s start with a few statistics about the Hispanic consumer market and Spanish-speaking market in the US:

Can we agree that they are not a market you want to ignore?

The Hispanic market has very special needs that differ between age groups and country of origin. This unique, particularly complex group has diverse socioeconomic indicators to consider, on top of different life and language experiences.

And even though most of the younger generations are fully bilingual (some even monolingual English), the number of Latinos who speak Spanish in the US is increasing.

More than 80% of the 57 million Latinos in the US are using Spanish online (source). And they expect brands to reach out to them in Spanish.

It’s not only about the language, but also about the culture

Brands that want to get a piece of the proverbial Hispanic market pie will need to adapt their marketing message. That means translating their marketing content into Spanish, localizing their digital platforms to the different regions, and embracing Hispanic culture.

A PwC report found that most first-, second- and third-generation Hispanics were more drawn to content that reflects their culture. It’s not that they prefer to be marketed to in Spanish. It’s more about not forcing them to choose one language over another.

Localizing and translating marketing texts into Spanish is key, but brands also need to pay attention to what media the message is being broadcast on.

For instance, traditional television advertising is more likely to reach baby boomer Hispanics who are more likely to be Spanish-dominant. On the other hand, younger and more bilingual generations are more receptive on mobile and social media.

While younger Hispanic generations in the US are bilingual, they appreciate seeing content that is in Spanish and customized to their culture. So instead of just translating your website to Spanish, it’s important that you add elements to make it seem authentic.

The right English to Spanish marketing translator will understand not only the Hispanic culture specific to the United States but also to the age group you’re trying to target.

European Spanish speakers are from a different continent and have different values.

Spaniards need a completely different approach in marketing that goes beyond the Spanish language.

Spain has some of the highest rates of internet use in Europe. Let’s look at some statistics that will help you design your digital marketing strategy in Spain:

The cultural beliefs, superstitions and customs are not the same as in the US Hispanic Spanish-speaking market. Your Spanish marketing translation will have to account for the change in culture. But even within Spain itself, there are strong regional differences.

Localizing in European Spanish isn’t only about knowing the difference between tú, usted and vos. Translation to European Spanish can use a more direct tone than LATAM Spanish or US Spanish, while the actual linguistic approach is more formal and complex in terms of verb tenses and formulation.

Attitude is important in Spanish marketing

In the US market, it’s more acceptable to be openly confident and strong. You can talk about money and to be loud about your ambitions and achievements. On the other hand, Spaniards remain Europeans, where money doesn’t play as important a role and even humblebragging is frowned upon. Europeans prefer a more modest approach. This nuance can make a big difference in how your audience sees your brand.

There should be a subtle balance between bluntness and humility that would be different from an approach to the US Spanish-speaking market.

When translating your website for Spain, it’s important to find a Spanish translator that understands the personality and culture of the European Spanish market.

Expanding Your Brand to the LatAm Market

The LatAm market is another highly regional and diverse sector of the Spanish-speaking market. Entering the Latin American market means entering the markets of 33 different countries.

Translating your website into Spanish is a start, but not your final solution—in many cases you’ll need to localize your message to the cultural peculiarities of each country.

Localization matters when you’re expanding into the LatAm market. You can see this when looking at Latin American consumer trends. Take a look at this one: Latin American digital consumers tend to be in the 25-34 year old age bracket, one of the world’s tightest age brackets using digital.

These digital users are not only younger, and more tech-savvy but also tend to be richer than the rest of their non-digital compatriots.

Latin American digital consumers, unlike their European and US counterparts, use messaging apps and social media far more than email (so while your email marketing approach may work in Europe, you may consider increasing your budget for paid advertising as a part of your multicultural marketing strategy in Latin America).

Also, while European Spanish consumers distrust advertising, Latin American digital consumers are more open to direct advertising and are less likely to see it as an invasion of privacy (plus, they don’t have the GDPR).

In terms of Spanish translation for the LatAm market, there are a few cultural differences to consider. As mentioned above, European Spanish can be a little more direct, while Latin Americans are less blunt and tend to ‘beat around the bush’.

Even some mixed-up regionalisms could turn your potentially happy customer into a very offended one—the verb “coger” in Spain simply means to grab something, while in Argentina it means to have sex. Be sure you’re picking the right English to Spanish translator not to tarnish your brand.

Taking on the Latin America market has great potential, if you use the right localization strategy.

Some brands may not have the resources to localize their website to every variant, culture and region that uses Spanish.

Neutral Spanish, universal Spanish, global Spanish or international Spanish is one that allows the largest possible amount of diverse Spanish speakers to understand the message. It’s a Spanish that has the least amount (or no) regionalisms. It is allegedly used to target the broadest number of Spanish speakers when localization is not a possibility.

There is no real ‘neutral’ Spanish, linguistically speaking. Most brands will know whether they’re trying to expand to Europe or expand to the Americas. In this case, they can choose the most ‘neutral’ version of those variants. But there is no Spanish that would work perfectly across the whole globe.

Spanish is one of the most diverse languages in the world. If you’re trying to rank on search engines and build your brand, you need to localize your Spanish marketing translation.

And it’s not only about offending your customers or sounding more like one of them. It’s also a matter of keywords. A European Spanish person looking to buy a new computer would type “ordenador” into Google. A LatAm Spanish-speaker would search for “computadora”.

At Cifuentes Translations, we understand not only the power of doing the right keyword research in your Spanish digital marketing, but we also understand the cultural nuances of each of the markets.

For each project, we select not only a subject-matter specialist, but a country specialist, so that your Spanish marketing message hits the bullseye for your target.

Want to expand to Spanish-speaking markets? Email us for a free 30-minute consultation today.